A CANADIAN WARBLER – A PHOTOGRAPH BY BARRY PHIPPS, CALGARY, ALBERTA

EUCLID University has granted me the doctorate for the work I have done on a topic related to climate change.

I researched and wrote on the topic of what the creative arts and peaceful dispute Mediation and Collaboration providers can do and are doing to promote the objectives of the UNFCCC (United Nations Framework Convention on Climate Change) and the Paris Agreement.

An article I have published. 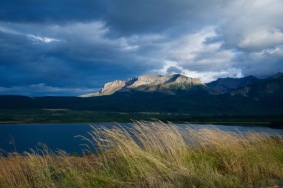 My cousin, Barry Phipps, has shared three of his photos with me this remembrance day, His work illustrates a love of nature that lends a special touch to the remembrance of those who have fought in wars.

Barry and cousin Michael Osten and my cousin Geri Cole and I have spent time to remember and honour these brave young men.

My father served in the Canadian Navy and took part in the Battle of the Atlantic. He sailed on two corvettes, The Saskatoon and the Matane.

(3) Sunset on the Prairie in Big Stone, Alberta.

His projects are vast and appeal to many interests. I am pleased to be able to share his site with you.

Thank you Tim Weiskel for sharing this video.

Thanks to Directrice, teams, and staff at Mediation Beyond Borders International for this spotlight article:

A worthy degree for a man who has dedicated his life to environmental sustainability.

This course is being offered by the World Mediation Organization

Thank you, Hisashi from Iuventum, who I met at COP24. for sharing this information.

Have a look at his recent book, Politics, Dialogue and the Evolution of Democracy or his other books:

You will find a wealth of knowledge about the principles and practice of mediation.

I have accepted an invitation to join this LinkedIn group. I look forward to sharing climate change information with members of the group.

A refresher course for mediation.

This site explains that the ruling finds that the polluter must pay.

I will go to Vancouver and Vancouver Island for a short trip this spring. It will be nice to visit my relatives and friends while there.

I post one of my favorite paintings produced as part of a work by my aunt, artist Eisert Hall who I will be visiting, I look forward to seeing her new work.

Will take photos and post good ones of the trip.