CHRISTINE COIRAULT WILL BE MAKING A PRESENTATION OF HER WORK AT THE INTER NATIONS ART & PHOTOGRAPHY GROUP IN MONTPELLIER ON APRIL 26, 2013.

COVER PAGES OF THE FROGILLO CHILDREN´S BOOKS – Art that speaks to its´ audience! 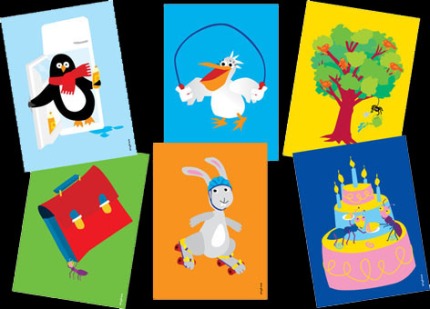 English painter
Originally from Skipton, Yorkshire, England
Ken has lived in Vinaros, Spain for the past seven years.
Ken is a musician (he plays the Euphonium) and an artist.

An English gentleman who has brought his musical and artistic talent to Vinaros, Spain. Kenneth Elvyn Davy was born near Keighley, West Yorkshire. After leaving primary school he attended Keighley Arts and Crafts College where he learnt the trade of Bookbinder, the career that he followed in England. Ken indicates that although art runs in his family, it was at the college that he became interested in painting and drawing. Many years passed, however, before he was able to follow his desire to put brush to canvass. It was when, prior to his retirement, he became a member of ¨The Craven Art College¨ in Skipton,England that he was able to focus on his art. Shortly after retiring Ken moved to Spain, giving him new vistas to paint and some time, although not as much as necessary, for his artistic endeavours.

The painting presented is of Peniscola Castle which is located close to where Kenneth lives in Spain.

In this painting ancient Neolithic and Canadian imagery references integrate; where wild buffalo once roamed is now a stationary reference to a limited area, Wood Buffalo Park. The central circle echoes Neolithic life giving symbols even perhaps the shrine grave. Levels of polyvalent interpretation emerge from imagery juxtapositions. The bear foot marks amidst the luminous blue are reminiscent of the grand aurora of northern skies yet the beauty of its luminosity emits an almost ominous glow. Bear tracks circle the buffalo; illustrating the matter of time. The birch tree is painted in acrylic; the tree ends are sawed off circles of forest wood.

This is the final post of the series, Meet the Artist Eisert Hall prior to her interview with CiTR Radio Station. Follow this site to listen to the interview broadcast.

After drawing, woodblock printing, working with concepts and imagery to perceive, know, understand through body, mind, memory; these art works were created spontaneously. 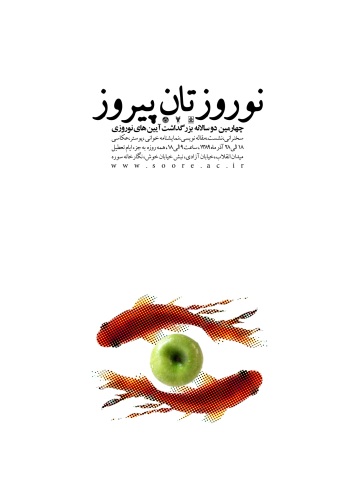 For information about her graphic art work, Marta can be contacted at s.martita@yahoo.com

Nowrūz (Persian: نوروز‎, IPA: [nouˈɾuːz], meaning “[The] New Day”) is the name of the Iranian/Persian New Year[in Iranian calendars and the corresponding traditional celebrations. Nowruz is also widely referred to as the “Persian New Year”

Nowruz begins precisely at the vernal equinox, on the 1st day of Farvardin of the Islamic solar calendar, usually on March 20th or 21st.
In 2013, Nowruz begins on Wednesday, March 20th at 11:02 AM Universal Time (UT).
It is a time of great joy and family celebrations that are shared by people of all faiths in many countries that trace their history back through the centuries to the ancient Mesopotamian civilization and the Persian Empire.
Minstrels, Haji Firuz, sing in the streets to announce the festivities and house cleaning is a part of the preparations. On the Wednesday before Nowruz bonfires are lit to jump over and children gather coins and treats as they visit neighbors.
Nowruz always begins on the first day of spring, and it lasts for 13 days. Families gather at Haft-seen orHaft-sinn, tables set with special traditional foodsand other items to symbolize the family’s beliefs and values. All of them begin with the sound of the letter “S” — Seeb – apple; Sabze – green grass or Sabzeh – wheat or lentil sprouts; Serke – vinager; Samanoo – a paste made out of wheat; Senjed – a berry native to the region; Sekke – a coin; and Seer – garlic.

As often happens with such ancient traditions, a bit of variation has crept into the celebration in the centuries since it was first begun. Most haftseen tables also include a small fishbowl with goldfish and a mirror to represent elements of the earth and human consciousness.
The sixth day of the festivities is Zarathushtra’s birthday and special celebrations are held to mark the occasion. The 13th day of the new year is called “Sizdah Bedar” and the parks are filled with families bringing luck by spending the day out of doors. Young girls tie grass in knots on this day to wish for a good husband.
Nowruz is the beginning of the year for the people of Afghanistan, Azerbaijan, Iran, Tajikistan and a few of the Asian republics of the former Soviet Union. It is also celebrated as the new year by people descended from Persian and Iranian ancestors. The Kurds in Georgia, Iraq, Syria, and Turkey celebrate Nowruz as the new year festival. Many communities where people from these countries have settled also join in the celebrations.
Lord Now Ruz has come.
Friends, spread this message –
The New Year has come again!
This spring be your good luck,
The tulip fields be your joy.
Haji Firuz Song